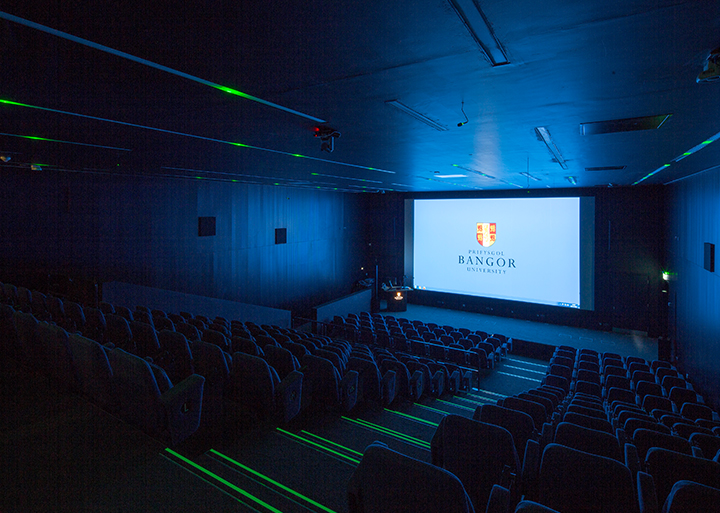 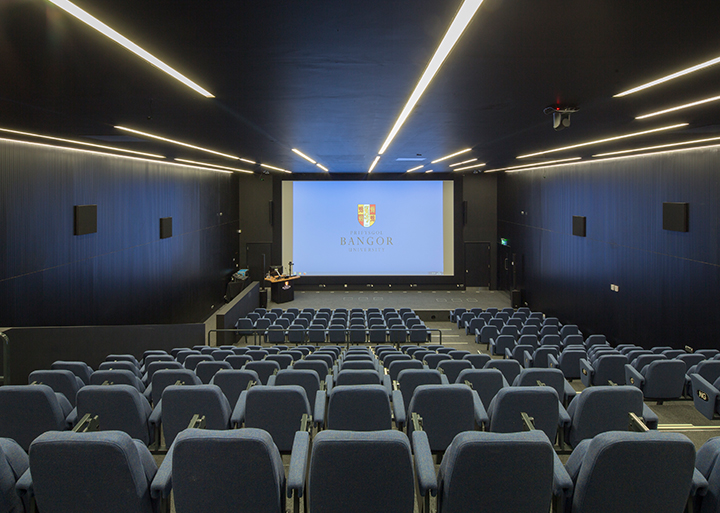 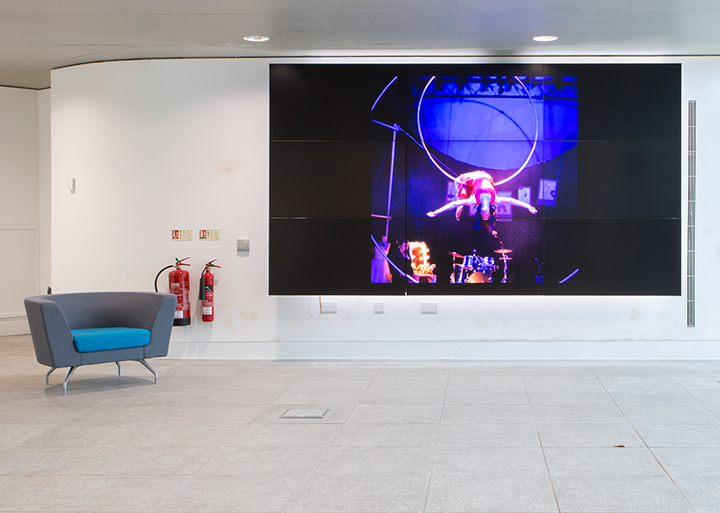 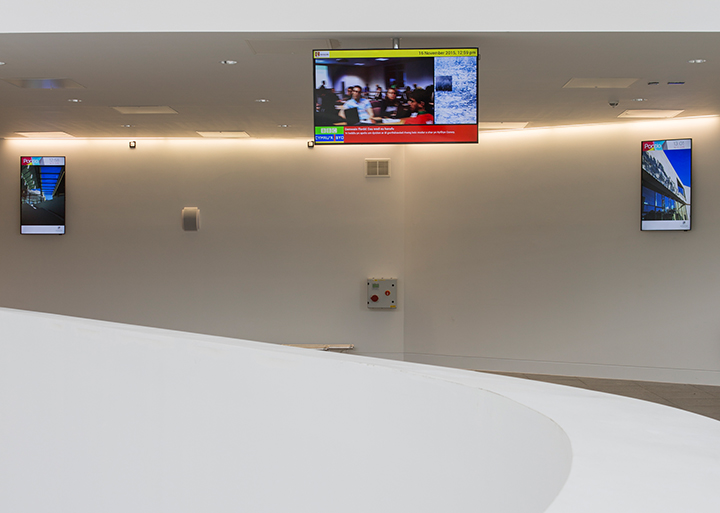 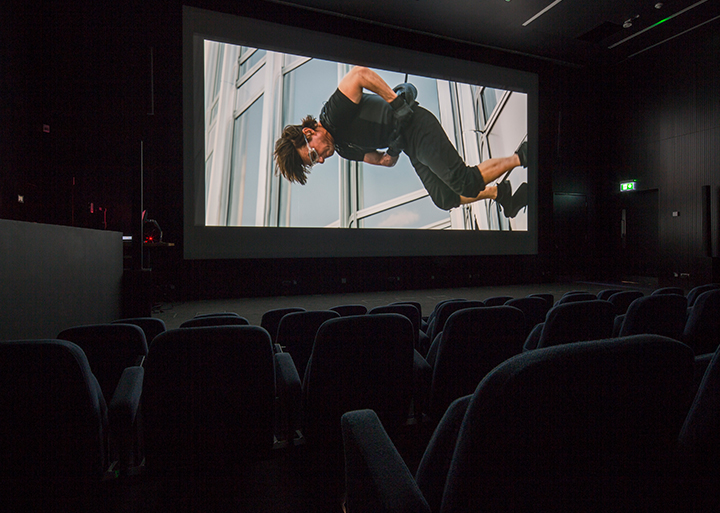 Pure AV added significant value in the development of the design of the in place at Pontio. The solution offers the right level of technical performance, addresses the environmental impact and longer term running costs whilst delivering best value for the University.

The Digital Cinema room had to be dual purpose; a lecture theatre during the day and as a cinema for the paying public in the evening and weekends.

The priority was to deliver value for money with emphasis placed on image and sound performance as well as ease of use. An appropriate cinema surround-sound audio system was to be installed, facilitating a wide range of audio decoding.The challenge was to create a truly multi-functional space that would meet the expectations and needs of the academic staff without compromising the experience of those paying for a cinema visit.

The ability to have a rapid turn-around of the room was particularly important. Careful consideration was given to the system design and programming to ensure that the ability to manage the switch between the two different room applications is straightforward and achieved in the shortest possible time with the minimum level of disruption.

It was also necessary to ensure that the experience of the lecturer using the space was in common with what they would encounter in other teaching areas.

The choice of the projector was crucial. Any solution provided needed to cope with the relatively bright lighting levels of a standard lecture theatre as well as the darkness of a cinema environment. We were able to use our experience of work with existing client Odeon to support the development of the specification.

To avoid compromise on performance it was decided to use two separate projectors. An NEC NC2000C Digital Cinema projector with the Dolby 3D System for when the room is in cinema mode and a 10,000 lumen Epson WUXGA projector for lectures.

The projectors are stacked in the projection room and switched on and off according to to the requirement of the room usage. Both are used independently without either affecting the performance of the other. Energy efficiency was a key consideration in the decision to use two units for the project. The second Epson unit offered a much better level of energy efficiency and ultimately lower running costs for use when the room was not in cinema mode.

The Cinema / Teaching Room 1 seats 200 and is equipped with a 7.2m screen, and uses two separate projectors. An NEC NC2000C Digital Cinema projector with the Dolby 3D System for when the room is in cinema mode and a 10,000 lumen Epson WUXGA projector for lectures.

The lecturer has a Dalen Voyager desk available and can use a 65” touchscreen as a teaching board, the content of which can be directly relayed to the large projector and onto the screen. Alternatively, a Wolfvision visualiser can be utilised, or a BluRay disc, and any connected computer can be presented.

The theatre can act as an overspill to the Large Lecture Theatre (part of the wider Pontio project), using the fibre links to receive video and audio. There is a remote PTZ camera in the room linking to the university’s lecture recording system.

Revolabs presenter, AKG audience microphones, and all recorded soundtracks are handled by Dolby DoReMi, BSS Blu and Denon sound processors, prior to the Crown amplifiers feeding the Community line arrays and the JBL Cinema Sound system.

An Ampetronic induction loop system is fitted for the Hard of Hearing. Routing, switching and distribution is by Extron and the control system uses Crestron equipment programmed in-house by Pure AV to allow dual language operation in English and Welsh.