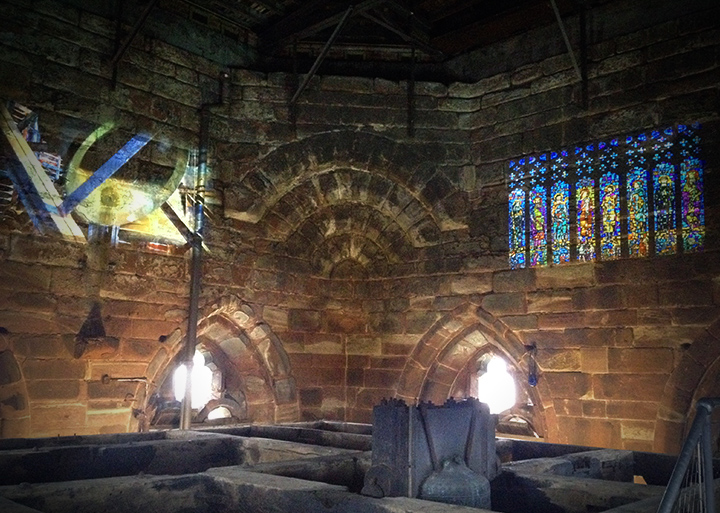 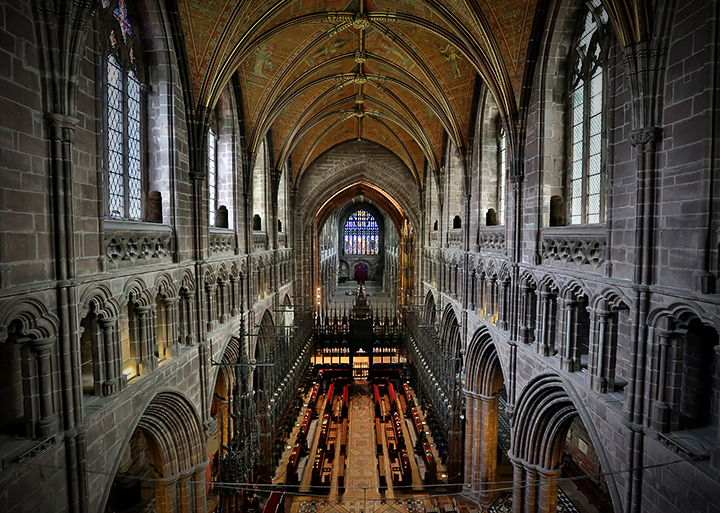 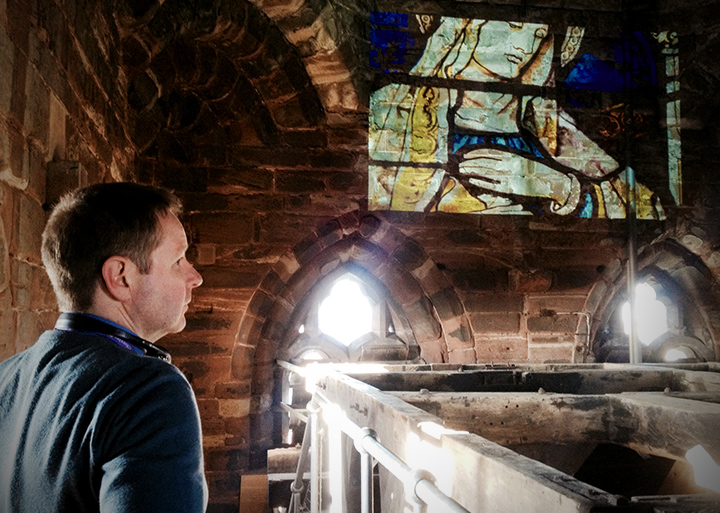 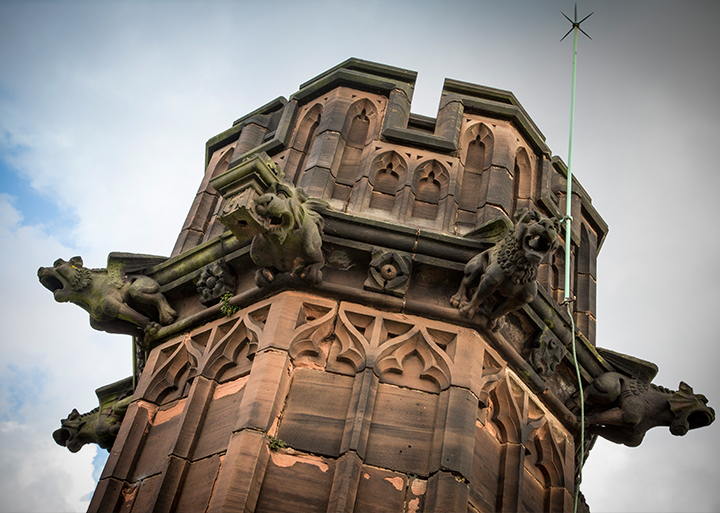 In a very tough environment for technology, we’ve succeeded in creating a magical mix of the modern and medieval, which adds to the unique atmosphere of this building

Chester Cathedral is a popular tourist attraction and its management team recently completed an innovative project to improve its visitor experience.

As Simon Warburton, the cathedral’s Director of Operations explains:

We looked at a number of options to attract more visitors. The one that stood out in terms of economic impact for the cathedral and city was to open up our bell tower. The bells were relocated in the 1960s and the chamber provided a beautiful, atmospheric and unusual area to create a modern exhibition space.

Simon’s team wanted to build a multi-sensory audio visual (AV) presentation in the chamber to help attract a family audience. The presentation would include images of the cathedral, its stained glass windows and its bell-ringing team at work. The surround sound system would replicate the sounds of the bells as they’d have been heard when they were in place.

The project was an ambitious one: the chamber’s louvre windows meant that the technology would need to cope with damp, wind and cold. In addition, the cathedral’s Grade 1 listing severely limited the type of work that could be done. For instance, nothing could be attached to the stone. Also, the dark sandstone walls aren’t ideal for displaying projected images. With these issues in mind, Simon’s team brought together a talented team of architecture and heritage experts including Pure AV, a leader in integrated AV solutions, to deliver the project.

The complete project included improving the spiral staircase, renovation of the tower roof, better lighting, and the building of a new visitor walkway around the bell chamber. The AV element included installing a surround system with the speakers hidden from sight and installed within the 900-year-old bell frame – without being physically attached. Pure AV also suggested using separate projectors positioned to beam images on two opposite walls – to give the impression that the images are within the walls.

Describing the experience of the bell tower, Simon Warburton observes: “Making the climb you go up 216 steps and up through 900 years of history. When you enter into the bell chamber there is a new modern spiral stair case that takes the visitor from the bell ringing room to the bell hanging chamber (where the projectors are located) A raised L-shaped walkway has been installed that takes you around the chamber overlooking the medieval bell frame. On the two opposing walls you see film and images of our stained glass windows and bells being rung. The sound track starts from a single bell that breaks into a chiming pattern in time with the film of our bell team. The overall effect is to surround people in imagery and sound to brilliantly explain the purpose of the building without saying anything.”

The bell tower tour includes a guided walk and access to the top of the bell tower. Here a raised platform gives people an unimpeded view across two countries and five counties. Although the Cathedral at Height tour is ticketed (£8 adult / £6 children), general admission charges to the cathedral have been dropped. Visitor numbers are up 300 per cent over the last year.

We’ve made some important changes to the visitor experience and numbers have increased significantly. Cathedral at Height has played a lead role in this, surpassing all our expectations and helping to attract a younger audience. The bell tower is a hugely evocative place and people don’t expect the visual and aural experience that hits them when they walk in to the chamber. In a very tough environment for technology, we’ve succeeded in creating a magical mix of the modern and medieval, which adds to the unique atmosphere of this building. 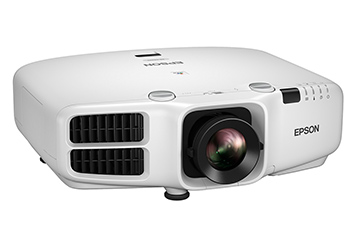